We Are Legion: The Story of the Hacktivists 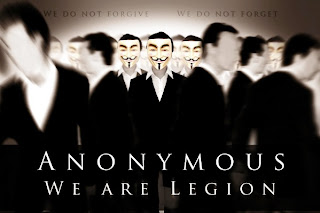 We Are Legion takes the audience inside the world of Anonymous, the radical hacktivist collective that has redefined civil disobedience for the digital age. Through interviews with past and current members of Anonymous and other hacker groups as well as just normal individuals, this film describes the evolution of hacktivism, a new way to stand against big corporations and corrupt governments. This film asks the primary question, how will America handle the future of activism, protest, and free speech. When people run their lives, businesses, and banking online, what role does the American government have in protecting its citizens rights that exist outside of the digital world.

This movie was very intriguing and while clearly biased served up some very valid information that describes the true intentions of the group known as Anonymous. The history of the group including its founding, first missions, and splinter groups that separated from the core community was intriguing and different from the portrayal that CNN or other news agencies cover. The idea that this is just one group with a single leader directing the chaos is simply not true and there is so much more to understand about this group and their purpose.

The moral question of how do we move forward is what I felt was the compelling issue of the film. While the story of Anonymous was interesting in and of itself, it only serves to illustrate what is a very important issue which has yet to be addressed adequately. How do we balance security and freedom? How do we protect consumers' information from being leaked while at the same time not forcing government censorship?

While hoping this doesn't land me on a government watch list or the Church of Scientologists hit list, I have to say I really enjoyed this movie. Its a social commentary and an important one that we all have to answer in this digital age. We need to as individuals discover to what extreme do we want protection on the internet and then move to change the government and laws that define it. Anyone who enjoys documentaries, technology, or current affairs, I recommend this movie. Check it out as a good dvd rental to learn more or watch it on HBO. I give it a 4 out of 5 stars.